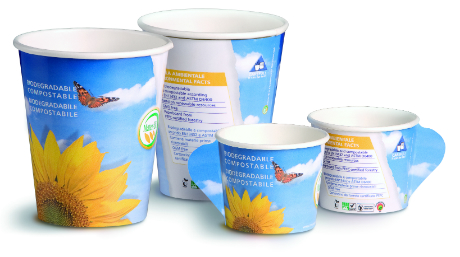 David Newman told Packaging News that the infrastructure currently available and the materials used in the manufacture of coffee cups made it difficult to recycle them. The costs involved were also prohibitive.

He also suggested that a 5-10p tax on coffee cups could reduce consumption of “throw-away” cups. The money raised from the tax could pay for more advanced infrastructure that could separate materials.

Newman was responding to the debate over the recyclability of coffee cups, which was sparked by anti-waste campaigner and chef Hugh Fearnley-Whittingstall. The government was also brought into the debate last and Defra said that it would not impose a tax on coffee cups.

Newman said: “In the recycling industry it is a known fact that coffee cups are mostly not recycled. They are often made from laminated plastic and cardboard together, which makes it almost impossible to recycle as the process and cost to do that is not economical.

“There is a lot of misinformation. Everything is potentially recyclable, but whether there are facilities in place to recycle and a viable market for the recyclates is another story.”

He claimed that biodegradable cups have a part to play and outlined work done in Italy. There, high street chains or transport carriers offer compostable coffee cups and tableware which are sent for anaerobic digestion and composting with the food waste. Around 700 million compostable cups have been used on the Italian market in 2015.

Newman said that stadium events make it easier to recycle packaging in a closed loop system. The waste chain is easier to control. However, in coffee shops there isn’t the same amount of control and there is no way of tracing where the discarded coffee cup is disposed.

“Unfortunately, recyclers usually determine that the value of the raw material of the majority of coffee cups is not enough as detaching laminated and cardboard is expensive and difficult and opt to incinerate it,” added Newman.