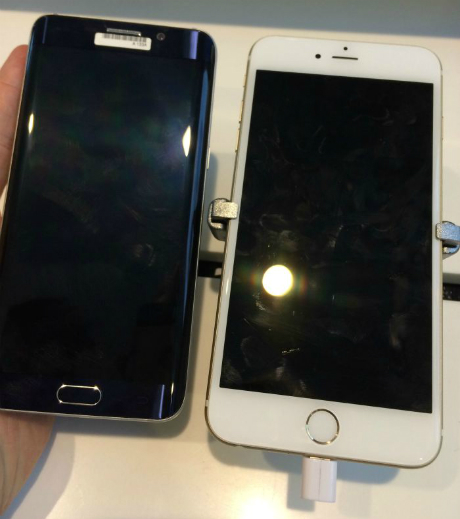 Pictures of the retail box have emerged ahead of the Samsung Unpacked event on Thursday 13 August, where the Galaxy Note 5 and the Samsung Galaxy S6 Edge Plus are expected to appear.

The close up snaps of the Samsung Galaxy Note 5 and the packaging confirms that the ‘phablet’ will come with a 64-bit octa-core processor, 4GB of RAM, a 5.7-inch QHD Super AMOLED display, a 16-megapixel main camera, 5-megapixel front camera, 32GB of internal storage, and wireless charging.

In addition to the packaging, images also show the Galaxy Note 5’s curved back and pop-out S Pen stylus.